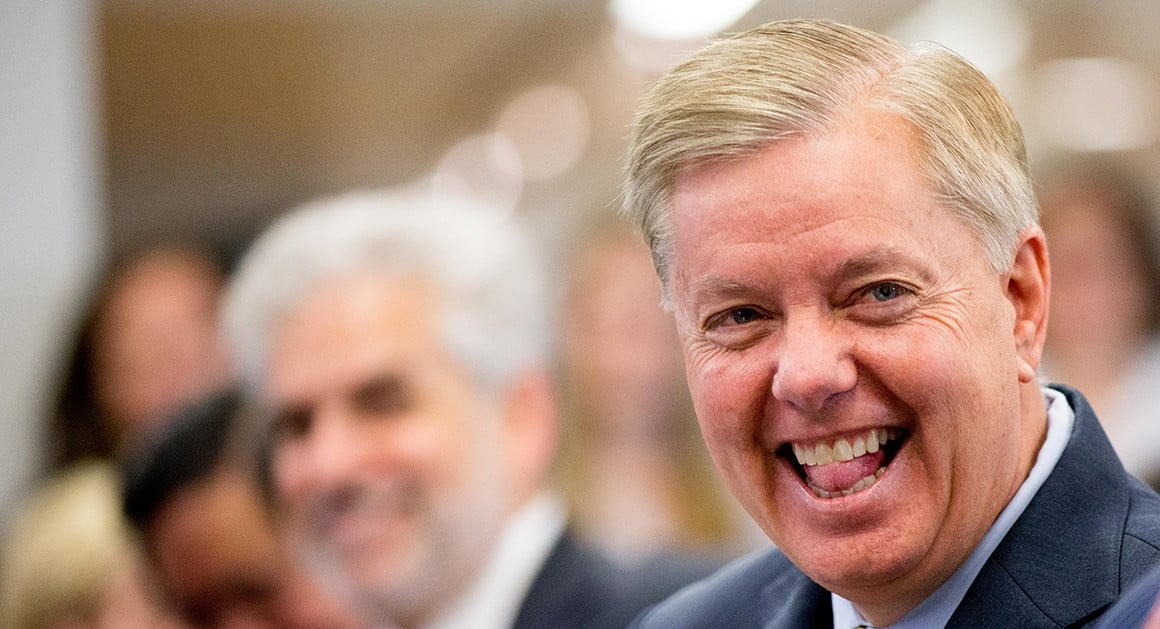 Of course Fruitcake Girl Lindsey Graham would make this dog whistle claim. It’s no different than Trump saying to his militia supporters prior to January 6th, who he then abandoned to long prison sentences, with his Proud Boy call to “stand back and stand by.” These are dog whistles to the MAGA faithful whom they hope to utilize once again to try and take over America by force.

Of course if they tried that again it would just be more long prison sentences for them later. Problem is, the hillbillies don’t completely understand they are just being used for naked power grabs by power brokers who use them as pawns in their strategy to threaten bully and abuse regular hard working Americans while they attempt to overthrow the United States government. But try they will to utilize them once again. Eventually though the hillbillies will figure it out, and then where will these scumbags be?

But for now, who better to bring out the lunatic fringe and fake armchair commandos than a fruitcake like Lindsey Graham, who Trump has more kompromat on than anyone else out there? Who knows what Trump has on him to attempt to rally the MAGA faithful to riot in the streets? Last they tried that with the FBI in DC a few ragtag idiots numbering less than 5 with their lunatic flag wearing clothes showed up. It seems that the hillbillies smelled a rat, and that rat was Donald Trump. They weren’t so sure this time that they were being influenced to go straight to fucking jail after attacking the FBI. So they declined Trump’s call for ground cover and instead stayed at home.

Now Fruity boy toy Graham is trying to see if he has any dog whistles he can use to rile the MAGA crowds up. Of course it’s another prison trap, and the hillbillies are thinking hey, fool me once shame on me, fool me twice, can’t get fooled again or something to that effect. And this time they are not willing to go lay down their lives or their old decrepit diseased ridden disabled bodies for Trump or even Graham for that matter. But it doesn’t stop them from trying though.

But a few years earlier when Graham was confronted with riots in the streets he said this: