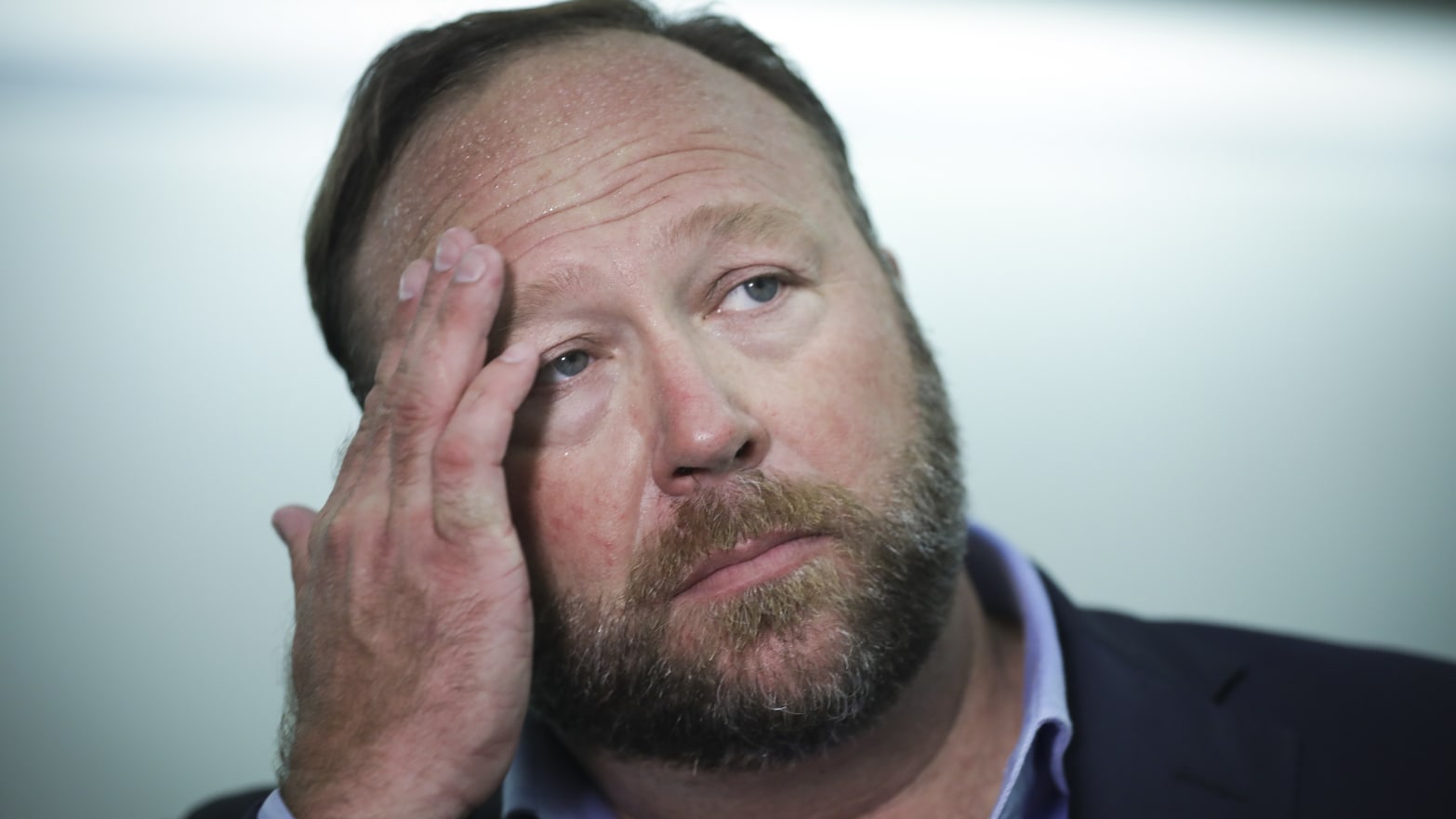 Scumbag Alex Jones claimed victory in only losing 4.1 million in damages in the Sandy Hook defamation trial, which is a huge blow to the parents he hurt with his vitriol and hate machine Infowars. Granted the punitive damages phase will begin on Friday and could make it worse for him, but even if you treble the damages it’s an easy win for Jones who will not pay as much as he’s worth. Of course he’ll file endless appeals and never pay a cent to any victims. That’s how Jones rolls. Of course there is a higher price to pay for scumbags like him. And being morbidly obese and living with a host of medical issues, he won’t be waiting long to collect his final rewards.

AUSTIN, Texas (AP) — A Texas jury Thursday ordered conspiracy theorist Alex Jones to pay more than $4 million — significantly less than the $150 million being sought — in compensatory damages to the parents of a 6-year-old boy killed in the Sandy Hook massacre, marking the first time the Infowars host has been held financially liable for repeatedly claiming the deadliest school shooting in U.S. history was a hoax.

The Austin jury must still decide how much the Infowars host should pay in punitive damages to Neil Heslin and Scarlett Lewis, whose son Jesse Lewis was among the 20 children and six educators who were killed in the 2012 attack in Newtown, Connecticut.

The parents had sought at least $150 million in compensation for defamation and intentional infliction of emotional distress. Jones’ attorney asked the jury to limit damages to $8 — one dollar for each of the compensation charges they considered — and Jones himself said any award over $2 million “would sink us.”

It likely won’t be the last judgment against Jones — who was not in the courtroom — over his claims that the attack was staged in the interests of increasing gun controls. A Connecticut judge has ruled against him in a similar lawsuit brought by other victims’ families and an FBI agent who worked on the case. He also faces another trial in Austin.

Jones’ lead attorney, Andino Reynal, winked at his co-counsel before leaving the courtroom. He declined to comment on the verdict.

Outside the courthouse, the plaintiffs’ attorney Mark Bankston insisted that the $4.11 million amount wasn’t a disappointment, noting it was only part of the damages Jones will have to pay.

The jury returns Friday to hear more evidence about Jones and his company’s finances.

In a video posted on his website Thursday night, Jones called the reduced award a major victory.

“I admitted I was wrong. I admitted it was a mistake. I admitted that I followed disinformation but not on purpose. I apologized to the families. And the jury understood that. What I did to those families was wrong. But I didn’t do it on purpose,” he said.

The award was “more money than my company and I personally have, but we are going to work on trying to make restitution on that,” Jones said.

“We aren’t done folks,” Bankston said. “We knew coming into this case it was necessary to shoot for the moon to get the jury to understand we were serious and passionate. After tomorrow, he’s going to owe a lot more.”

The total amount awarded in this case could set a marker for the other lawsuits against Jones and underlines the financial threat he’s facing. It also raises new questions about the ability of Infowars — which has been banned from YouTube, Spotify and Twitter for hate speech — to continue operating, although the company’s finances remain unclear.

Jones, who has portrayed the lawsuit as an attack on his First Amendment rights, conceded during the trial that the attack was “100% real” and that he was wrong to have lied about it. But Heslin and Lewis told jurors that an apology wouldn’t suffice and called on them to make Jones pay for the years of suffering he has put them and other Sandy Hook families through.

The parents testified Tuesday about how they’ve endured a decade of trauma, inflicted first by the murder of their son and what followed: gun shots fired at a home, online and phone threats, and harassment on the street by strangers. They said the threats and harassment were all fueled by Jones and his conspiracy theory spread to his followers via his website Infowars.

A forensic psychiatrist testified that the parents suffer from “complex post-traumatic stress disorder” inflicted by ongoing trauma, similar to what might be experienced by a soldier at war or a child abuse victim.

At one point in her testimony, Lewis looked directly at Jones, who was sitting barely 10 feet away.

Barry Covert, a Buffalo, New York, First Amendment lawyer who is not involved in the Jones case, said the $4 million in compensatory damages was lower than he would have expected given the evidence and testimony.

“But I don’t think Jones can take this as a victory,” he added. “The fact is, $4 million is significant even if we might have thought it would be a little higher.”

Jurors often decline to award any punitive damages after deciding on a compensation figure. But when they choose to, the punitive amount is often higher, Covert said. He said he expects the parents’ attorneys to argue that jurors should send the message that no one should profit off defamation.

“They will want jurors to send the message that you can’t make a quarter of a billion in profit off harming someone and say you’ll just take the damages loss in court,” Covert said.

Jones was the only witness to testify in his defense, and he only attended the trial sporadically while still appearing on his show. And he came under withering attack from the plaintiffs attorneys under cross-examination, as they reviewed Jones’ own video claims about Sandy Hook over the years, and accused him of lying and trying to hide evidence, including text messages and emails about the attack. It also included internal emails sent by an Infowars employee that said “this Sandy Hook stuff is killing us.”

At one point, Jones was told that his attorneys had mistakenly sent Bankston the last two years’ worth of texts from Jones’ cellphone. Bankston said in court Thursday that the U.S. House Jan. 6 committee investigating the 2021 attack on the U.S. Capitol has requested the records and that he intends to comply.

And shortly after Jones declared “I don’t use email,” Jones was shown one that came from his address, and another one from an Infowars business officer telling Jones that the company had earned $800,000 gross in selling its products in a single day, which would amount to nearly $300 million in a year.