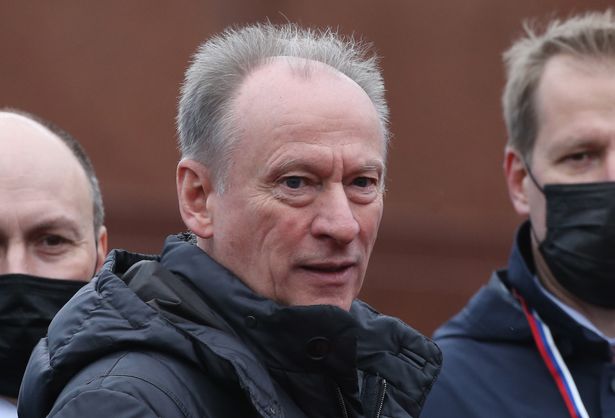 Its whack a mole month in various parts of the world with assassinations and assassination attempts continuing. This time its Nikita Patrushev, Putin’s so called right hand man. Of course this story has dubious sourcing, and even more dubious media exposure by the Daily Star UK. This (tabloid) site is filled with popups and pop under’s and various videos playing on each story (most videos have zero to do with the actual story) and headlines that are designed as clickbait. It’s also a tabloid news site much like the National Enquirer that started out long ago with Boy Stuck In Refrigerator Eats Own Foot stories. However, that being said, it’s a story nonetheless that deserves some reportage to show just how unstable things are globally.

Patrushev went home feeling unwell (probably ate some bad food) and soon after was attended by various doctors who then quickly rushed him to the hospital and within hours it was confirmed by emergency room staff to be poison.

Yet the tabloid Daily Star news staff was able to override all this secrecy surrounding the assassination attempt and just publish it willy nilly.

The poison of course was never named, but it was supposedly delivered via skin contact according to those unnamed sources at the hospital and the General SVR Youtube channel. He was then sent home and the story was released as suspicious, and the story claimed the government said it would all come out in due time. Sure, all in due time, while the Russians concoct this dubious claim with a backend story etc, etc,. Yeah, we all care and we’ll all stay tuned and glued to our browsers waiting at some future date for the bullshit Russian story to be told. But big if true nonetheless.