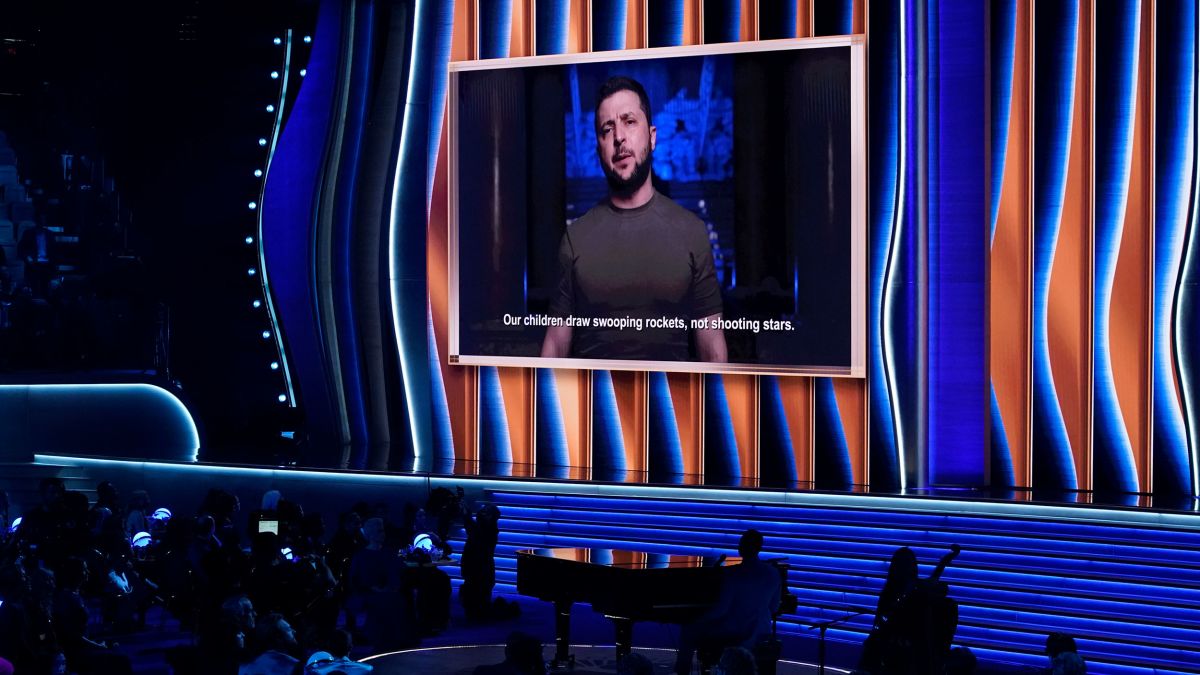 Ukraine president Volodymyr Zelensky made a virtual appearance at the 2022 Grammy Awards, where he urged people to “tell our story”.

The Ukrainian leader appeared in a pre-taped speech amid Russia’s continued invasion of his country. The video was shot 48 hours prior to the event in a bunker in Kyiv, and served as an introduction to John Legend’s live performance.

“The war. What’s more opposite to music. The silence of ruined cities and killed people,” he said in the emotional message.

He continued: “Our loved ones don’t know if we will be together again. The war doesn’t let us choose who survives and who stays in eternal silence.

“Our musicians wear body armour instead of tuxedos. They sing to the wounded. In hospitals. Even to those who can’t hear them but the music will break through anyway.