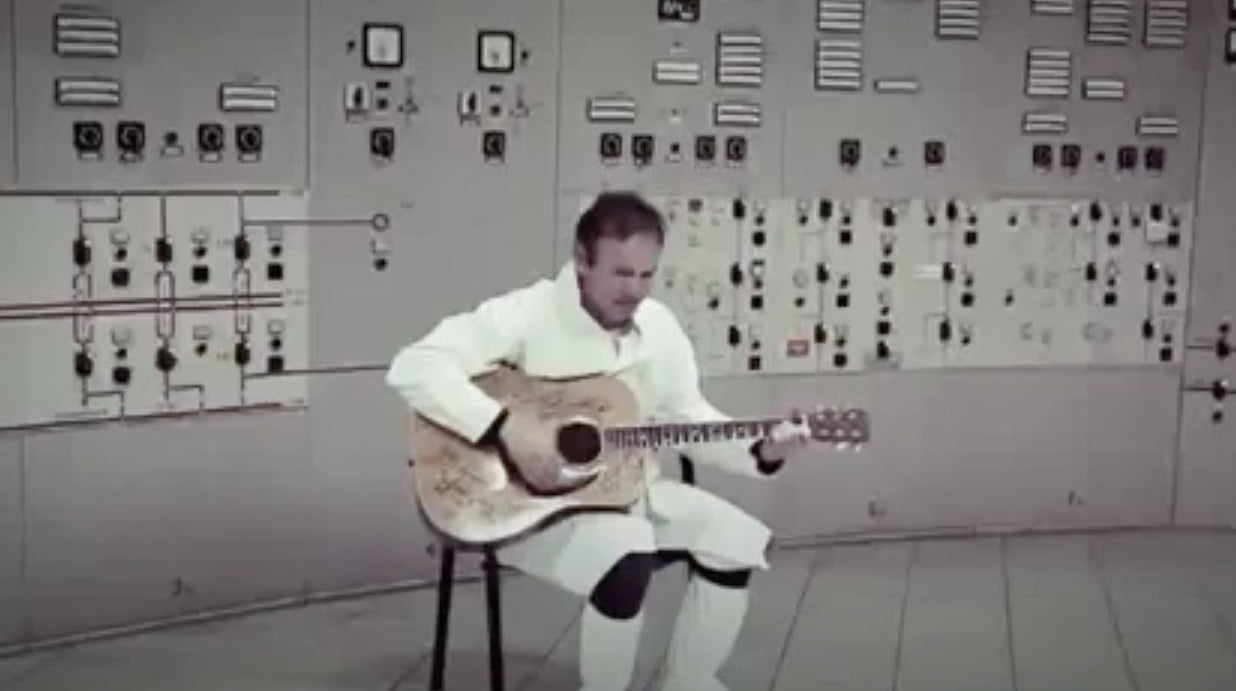 Vakarchuk performed the hit song ‘Everything will be kind’ to the workers at the nuclear power plant, which was the scene of one of the worst nuclear disasters in history on April 26, 1986.

Prior to his performance at the plant, Vakarchuk played at a hospital in Zaporizhzhia, a city in south-eastern Ukraine.

Speaking about the concert during a brief stop in Lviv, a western Ukrainian city on March 25, he said: “They wanted me to sing in front of the personnel and some, like, lightly wounded soldiers.

“Well, we went outside in the yard. And we were surrounded by, you know, a lot of military objects, I mean, defence things like masks, like camouflage. So it was very moving. So I sang a couple of songs. Just a cappella. Afterwards, I decided to continue it.”

It is worth noting that the battle for Chernobyl was a prominent fixture during the early part of Russia’s invasion of Ukraine.

On March 24, Russian forces attacked Ukrainian checkpoints in Slavutych, home to many workers at the Chernobyl Nuclear Power Plant and prior to this, seven fires burned within the exclusion zone around the nuclear power plant.

Earlier, on March 9, the nuclear power plant was temporarily without power because a high-voltage line in Kyiv was disconnected due to fighting between Russian troops and Ukrainian forces – meaning the Chernobyl station and all nuclear facilities in the Exclusion Zone were without electricity.

It was later reported that due to that loss of power, the country could have been only 48 hours away from a serious radiation leak.

However, a ceasefire was called to allow the repair of power lines to the Chernobyl Nuclear Power Plant on March 10.

Since then, the plant has reportedly remained under Russian control.