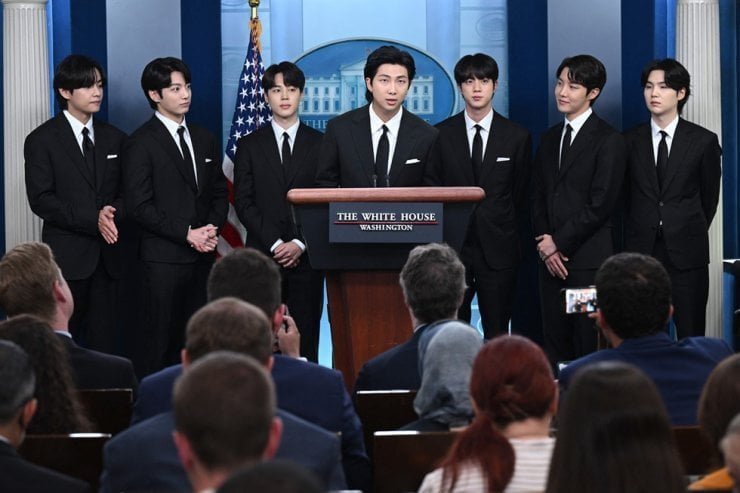 “It is a great honor to be invited to the White House today to discuss the important issues of anti-Asian hate crimes, Asian inclusion and diversity,” said RM, before his bandmates all offered similar statements in Korean.

Their meeting with Biden, however, was closed to the press.

The meeting was highly anticipated by BTS’ legion of fans, who packed the White House’s livestream of the press conference by the thousands. According to the Washington Post, BTS also filmed digital content for the White House’s social media platforms.

BTS originated more than a decade ago in Seoul and was the world’s top-selling artist last year. The two-time Grammy-nominated group has released five No. 1 albums on the Billboard Hot 200 chart and boasts chart-topping singles including “Permission to Dance” and “Dynamite.”

BTS has been vocal about anti-Asian hate crimes. The members used the hashtag #StopAsianHate in a March 2021 tweet and detailed their experiences with discrimination amid a string of violent incidents against Asian people.

“We have endured expletives without reason and were mocked for the way we look,” the message read.

“We were even asked why Asians spoke in English. We cannot put into words the pain of becoming the subject of hatred and violence for such a reason. Our own experiences are inconsequential compared to the events that have occurred over the past few weeks.”