Bernie Sanders Speaks in DC About Trump and Dakota Pipeline 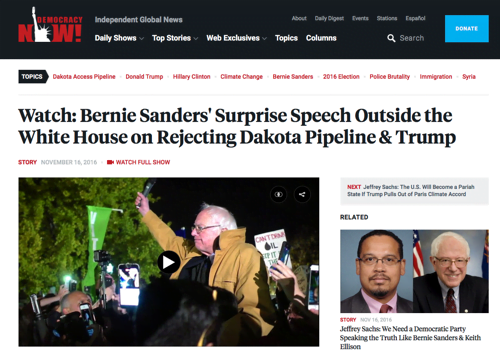 NOV 17, 2017 – Bernie Sanders made a surprise appearance at the No Dakota Pipeline rally in front of the White House in Washington, DC yesterday.  He spoke briefly about the future Trump presidency, and of course spoke about blocking the Dakota Pipeline as well as calling for President Obama to stop the US Corps of Engineers and the construction of the pipeline. Senator Sanders asked President Obama to declare Standing Rock a federal monument, and we at JTMP agree. Read more on Democracy Now below, thanks to Democracy Now and Chris Belcher for the great reporting.