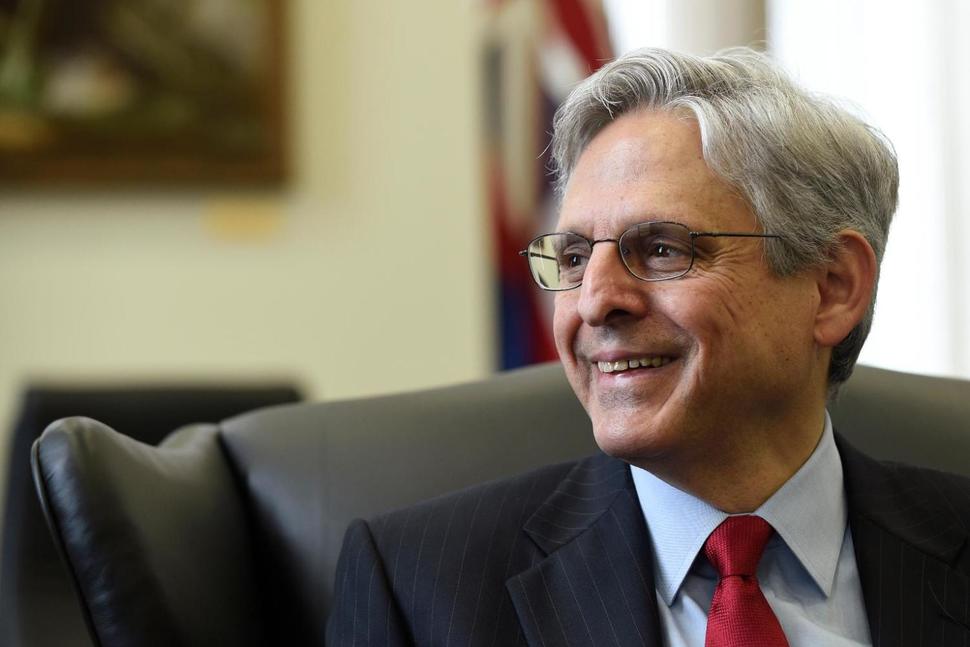 Differences aside, Donald Trump and Senate Republicans are strongly united on one issue — the balance of the Supreme Court.

While Democrats are pushing the GOP-led Senate to confirm Supreme Court nominee Merrick Garland by the end of President Barack Obama’s term, Majority Leader Mitch McConnell, R-Ky., has been resolute in blocking him, saying the next president should fill the high court vacancy. Republicans maintain it’s a winning political strategy in a year when some GOP rank and file are struggling with reasons to vote for their nominee.

“I would argue that it’s one of the few ties that binds right now in the Republican Party,” said Josh Holmes, McConnell’s former chief of staff. “It’s one of the things that’s kept a Republican coalition together that seems to be fraying with Donald Trump.”

Trump himself has made the same argument.

The billionaire businessman has made the future ideological balance of the high court a key issue in the campaign, promising to nominate a conservative in the mold of former Justice Antonin Scalia, who died in February. He often mentions the issue in campaign speeches, as does his vice presidential nominee, Indiana Gov. Mike Pence.

Pence often spends several minutes of his standard campaign speech reminding crowds of the importance of the court and conservative values. To loud cheers, he warns that a court in Hillary Clinton’s hands could push through amnesty for immigrants living in the country illegally and strip individuals’ rights to own guns, a reversal of the Second Amendment that Clinton has rejected.

Democrats had hoped that McConnell’s insistence on blocking the nominee would hurt vulnerable Senate incumbents, but the issue of the Supreme Court fails to resonate with voters like jobs or terrorism. At the Democratic convention last month, Clinton never uttered his name.

After Obama nominated Garland in March, Democrats were particularly hopeful that Republican resistance would sway independent voters in New Hampshire and Pennsylvania, where Republican Sens. Kelly Ayotte and Pat Toomey are running in tough re-election races. But neither Ayotte’s challenger, New Hampshire Gov. Maggie Hassan, nor Toomey’s challenger, Katie McGinty, has made the Supreme Court one of their top issues.

In Iowa, a Democrat Party Judge decided to challenge longtime Iowa Sen. Charles Grassley as Democrats targeted the Senate Judiciary Committee chairman over his refusal to hold hearings on Garland. But Grassley is still the favorite to win re-election.

Most of the vulnerable Republican senators have not wavered in their support for McConnell’s obstruction.

After an April meeting with Garland, Toomey said that “for something as important as the fundamental balance of the court for a generation, the American people should have the maximum say” by picking the next president.

The only exception among Republicans up for re-election is Sen. Mark Kirk, who is an underdog in his re-election bid in heavily Democratic Illinois. Kirk said he supports a vote on Garland’s nomination.

Carrie Severino, head of the conservative Judicial Crisis Network, said it’s “a wash” in many of the Senate races because the people who care the most about the issue are partisans, not coveted independents.

For Republicans, Garland’s nomination “crystallized the importance of the Senate and reminded people that there’s so much that rides on these Senate seats.”

Senate Democratic Leader Harry Reid is hoping to bring the issue to the forefront in September, when the Senate returns from a seven-week break. He has suggested he will use procedural maneuvers to try and force a vote on Garland, though those tactics are unlikely to succeed.

Reid told reporters earlier this month that Republicans who are blocking Garland’s nomination are “enablers” of Trump. But he was also realistic about McConnell’s determination to leave the decision to the next president, predicting that Clinton would pick Garland if she wins the presidency.

Though McConnell has remained resolute, that hasn’t quelled speculation that he may do an about face after the election if Clinton wins in November and if Democrats take back the Senate. Garland is seen as more conservative than a potential liberal justice that Clinton could nominate, and at 63, Garland is older than any high court nominee since Lewis Powell in 1971.

If Clinton does win and Garland is not confirmed, some liberal groups are hoping she would try and reshape the court with a new pick.

“We should have four or five women on the court and at least one should be an African-American woman,” said Terry O’Neill, president of the National Organization for Women.

Friends of Garland point out that he went through another lengthy confirmation delay when his appeals court appointment was held up for 19 months. He was later confirmed in 1997 on a 76-23 vote.

“He has given no sign of being frustrated,” said Laurence Tribe, a Harvard Law professor and longtime friend to his former student.