Toby Keith, on everything from politics to Swift-ian economics | Justice Through Music 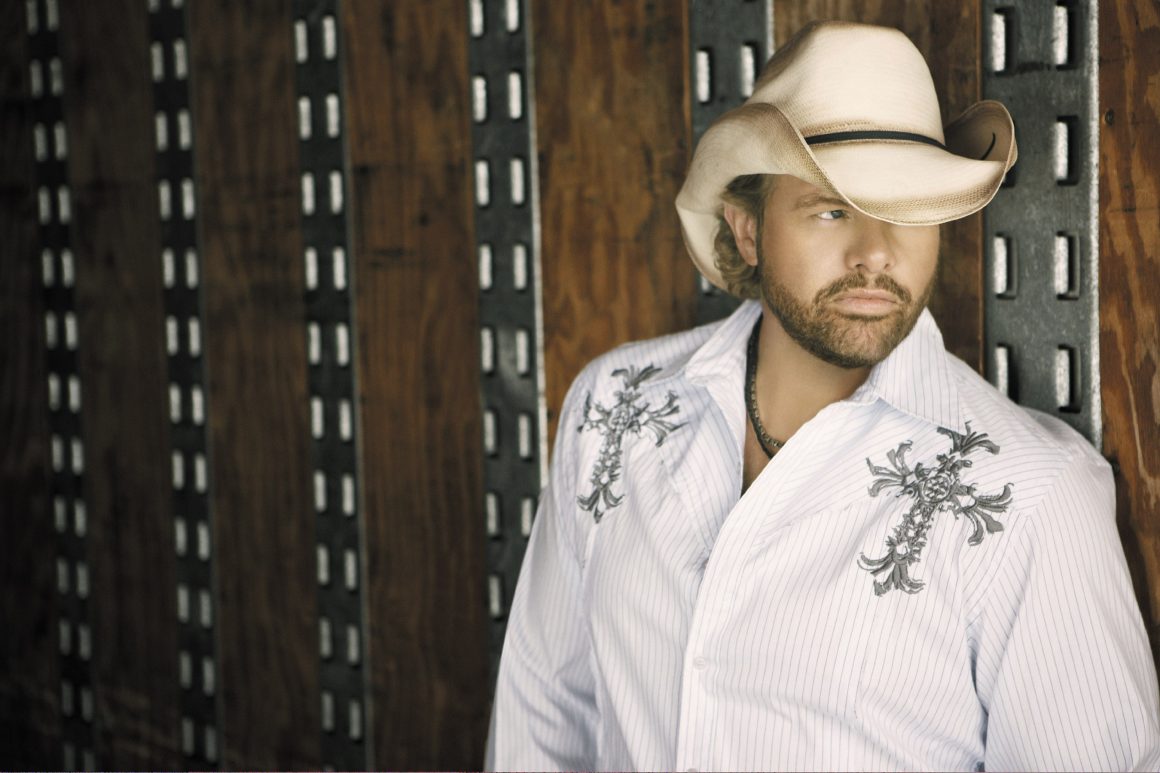 Last month, 23 years after Toby Keith landed his first hit, “Should’ve Been a Cowboy,” one of the biggest country songs of the 1990s, he released its unofficial sequel, “A Few More Cowboys.” Keith, 55, was wrapping up production on an as-yet-unscheduled new album, and “I just grabbed the first thing that sounded like a hit,” he says.

Keith, who has had 20 No. 1 hits, is equally known for rowdy, barroom staples (“Red Solo Cup”) and patriotic anthems (“Courtesy of the Red, White & Blue”). He’s tough to figure: He’s a politically outspoken firebrand (his Iraq War-era public feud with the Dixie Chicks is the stuff of legend) beloved by many Republicans, who might be surprised to know he’s an Independent.

He’s also ridiculously rich, with earnings that Fortune magazine estimates at half-billion dollars (an early investment in Taylor Swift’s label didn’t hurt). But Keith, born and raised in Oklahoma, isn’t immune to the vicissitudes of the record industry. His last album, “35 MPH Town,” only sold well, not really, really well, and he recently downsized his label.

In a recent phoner, Keith, who plays Hollywood Casino Amphitheatre on Friday, talked party politics and Swift-ian economics. The following is an edited transcript of that conversation:

A: Timingwise it is, but it’s a little bit all over the place. People only want to hear what they want to hear about it. The first line says, “If the White House was in Texas, we could get a straighter answer.” The second says, “If they’d let us smoke what we want to smoke, there’d be a lot less cancer.” It depends which side of the fence you’re on.

Q: Are audiences responding to it when you play it live?

A: No question. It’s probably the biggest first listen impact song I’ve had since “Red Solo Cup.” It’s really difficult to get a song up the chart since the music industry has changed so much. The only country format we have anymore is where they play, like, the ’90s and 2000s hits. They don’t really have a new market for rock or country. It’s really changed.

MOST READ ENTERTAINMENT NEWS THIS HOUR

Q: Rock and country both seem to be suffering right now.

A: Yeah, I think hip-hop just took over, and if you don’t want to go make an album of that, you’ve gotta have a really, really, really special record to bust through the mass. I’m not gonna go do that stuff, but I’ve had a great run. I don’t care one way or the other. And people say, “Oh, yeah you do,” but I know what a hit sounds like. I’ve had a lot of success at picking singles.

Q: So you could write a huge hit like that, but it wouldn’t feel right.

A: I couldn’t say — I could try, I guess, but it wouldn’t feel right. I don’t write those kind of songs.

Q: You played a party for the RNC. How was it?

A: It was just a paid party for the sponsors, just a private party for 1,200 people. When I start catching s— about it, I just say, “Look, I’m not a registered Republican, and they paid me a buttload of money to play this thing. And if the other side calls, I’ll go play theirs for that much, too.”

Q: Would you lose fans if you played the DNC?

Q: Do your fans think you’re more to the right than you are?

A: Oh, they know I’m right of center. They know I’m in the middle, which makes you right of where the center is today. Twenty years ago, where I’m at would have been in the middle. It’s pretty much just a sparring match all the time. I just sit back and laugh. It’s almost like we subconsciously mess with them, you know what I mean?

A: Right. I was a Democrat my whole life. They kind of disowned me when I started supporting the troops, then I went and registered Independent. I’ve never been a registered Republican. It just keeps people off balance. They don’t know what to think. They see you hanging out with Willie Nelson or Sammy Hagar, they go, “What the hell are these people thinking?” They don’t know you. They just want to label you.

Q: I’d never ask anybody who they’re voting for, but if you want to make any news …

A: This election, I don’t think it makes a difference. I can’t believe there’s 300 million Americans in this country, and we’ve got these two as our final two. It’s absolutely crazy.

Q: (2011 anti-import hit) “Made in America” would be at home at a Trump rally. Are you prepared for (that possibility)?

A: I don’t care who adopts it. I hear all these people fussing and fighting over who can play their music politically. Anybody who wants to play my music, I just say play it. I don’t care.

Q: If you never made another album and never got another royalty of your own, could you live off Taylor Swift money?

A: Yeah. Oh, yeah. No question. I own a piece of the label she’s on. If I just took the royalties I had off of that, I wouldn’t have to do anything else. A bunch of people could live off that.

'Toby Keith, on everything from politics to Swift-ian economics' have no comments