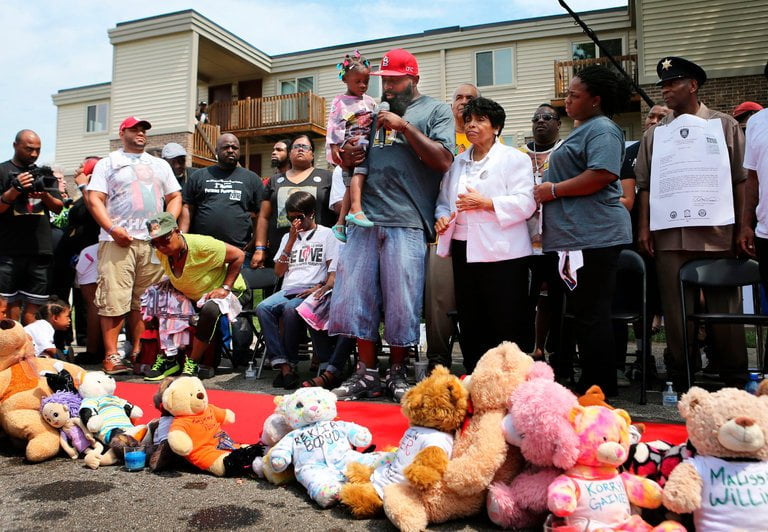 The Obama administration is moving forward with a plan to better track killings by police officers, as heightened national scrutiny of such deaths has reinforced criticism of its reliance on self-reporting by state and local law enforcement agencies.

In a notice published in the Federal Register this week, the Justice Department said it would ask law enforcement agencies and medical examiner’s offices to fill out forms when there is a news report or another indication that a person died while in police custody.

Under the proposed system, which would cover 19,450 state and local law enforcement agencies and about 685 medical examiner’s or coroner’s offices, they would also be asked to fill out forms about the total number of such cases every three months. The department’s Bureau of Justice Statistics would then compile that information.

The proposal comes as police killings of African-Americans have fueled protests in recent years in places like Ferguson, Mo., and Baltimore, and led to the rise of the Black Lives Matter movement. The resulting scrutiny of the issue has focused attention on the lack of reliable and comprehensive data about how many people are killed by the police each year.

The government’s existing system is called the Arrest-Related Deaths program, which is intended to be a census of a variety of causes of such deaths, including suicides, accidents and deaths from natural causes. Critics say it does not provide accurate data about killings by police officers in part because it relies on self-reporting by law enforcement officials.

In 2014, for example, The Wall Street Journal gathered data on police shootings from 2007 to 2012 from 105 of the nation’s largest police agencies and compared it to the F.B.I.’s statistics. It found that more than 550 police shootings were not included in the national database or were not attributed to the agency involved.

The Guardian, which reported the Justice Department proposal on Monday, and The Washington Post are conducting projects that will try to fill the gaps by compiling data on arrest-related deaths across the country.

“Because of concerns about variations in data collection methodology and coverage,” the Justice Department notice said, the Bureau of Justice Statistics has “developed and tested new methodologies for collecting data” aimed at enabling “accurate and comprehensive accounting of deaths that occur during the process of arrest.”

Such information, it said, is critical for law enforcement agencies to “demonstrate responsiveness to the citizens and communities they serve, transparency related to law enforcement tactics and approaches, and accountability for the actions of officers.”

The F.B.I. director, James B. Comey, had previously foreshadowed that the government was trying to develop a better system to understand the scope and frequency of arrest-related deaths. The notice, which invited comments on the proposed system until Oct. 3, was a step toward that policy goal.

In 2013, The New York Times reported that the F.B.I. had deemed its agents faultless in all 150 cases, dating to at least 1993, in which agents had shot people, based on documents obtained through Freedom of Information Act litigation. The bureau later decided to fire one agent it had faulted over a shooting in Queens in 2012, although the person he shot — a man trying to burglarize his car — survived.

More recently, a bureau review panel proposed disciplining an agentwho shot the tire of a suspected drug dealer’s car during an arrest attempt in Baltimore in 2014, finding that the agent violated the bureau’s policy on using lethal force. But it cleared other agents who shot and killed the suspect.