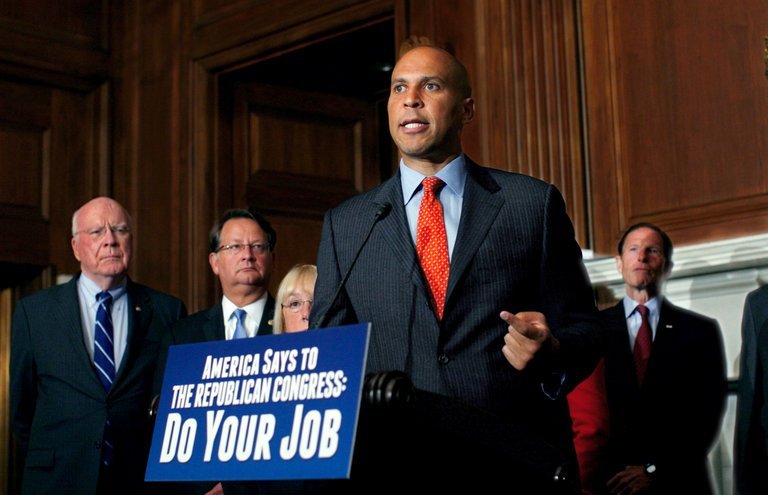 After touring a federal prison on Thursday, Senator Cory Booker, Democrat of New Jersey, said he was more determined than ever to push through comprehensive criminal justice legislation that would cut mandatory minimum sentences and create new programs to ease prisoners’ re-entry into their communities.

“This visit today continued to fuel my sense of urgency,” Mr. Booker said in an interview after a 90-minute stop at the medium-security Federal Correctional Institution in Fairton, N.J. He said that he was particularly impressed with job training and drug treatment programs, and that even prison officials and workers were adamant that some inmates were being incarcerated far beyond the time necessary.

But Mr. Booker, one of the chief backers of the Senate criminal justice package, said he was beginning to lose hope that the legislation could move this year. Senator Mitch McConnell, the Kentucky Republican and majority leader, has refused to put a bill on the floor despite strong bipartisan support.

Some Senate Republicans have dug in against it, and opposition intensified this week when President Obama commuted the sentences of more than 200 federal prisoners, including 67 serving life sentences. Senator David Perdue, Republican of Georgia, released a statement on Thursday criticizing the president’s actions. “Law abiding Americans are apoplectic with the lack of law and order we have seen during President Obama’s tenure,” he said.

Speaker Paul D. Ryan has indicated he will schedule votes on House criminal justice bills next month, leaving open the possibility that Congress could still act this year. If that does not happen, Mr. Booker said it would act in 2017 if Hillary Clinton won the White House and Democrats took over the Senate, making Senator Chuck Schumer of New York the majority leader.

“If Mitch McConnell doesn’t want to get this done on his watch,” Mr. Booker said, “I really believe that Hillary Clinton, Chuck Schumer and Paul Ryan can get it done on theirs.”

'Cory Booker, After Touring a Prison, Renews Call for Criminal Justice Overhaul' have no comments