Inside the politics of music at the GOP and Democratic conventions 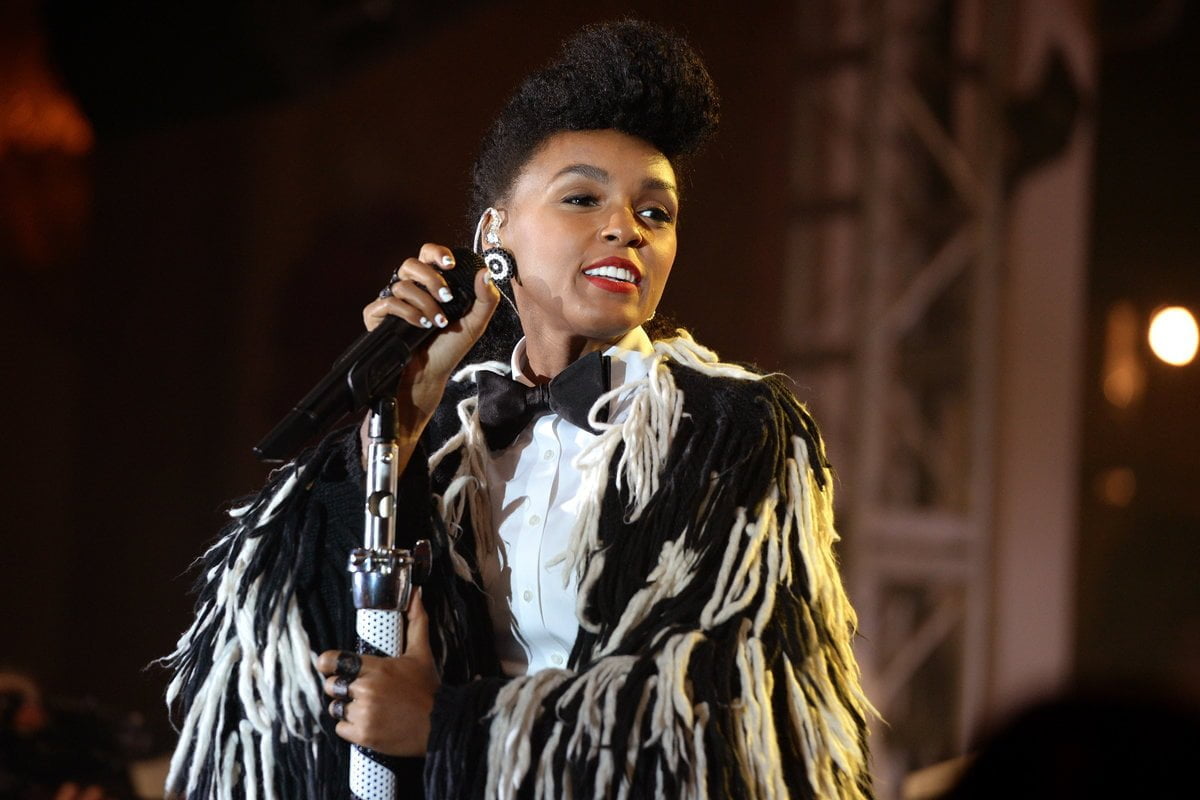 Musicians get political when they seek to change the world around them. Politicians turn to pop music to pump up a crowd with communal spirit and underscore their message, loud and clear. It’s often an unhappy marriage.

Preachy pop stars risk being seen as hectoring and lecturing when they make music that aims to do more than entertain. (Exhibit A: Bono.)

And when presidential candidates – particularly Republican ones – pick songs for rally sound-tracks and emphasize their populist appeal, they frequently face blowback from artists whose political sympathies lean to the left. Queen, for instance, objected to Donald Trump’s use of “We Are the Champions” during his dramatic, smoke-filled, WWE-like entrance at the Republican National Convention in Cleveland last week.

Democrats usually have an easier time with pop stars lending their support, as demonstrated by the star-studded Bruce Springsteen-Dixie Chicks-Pearl Jam Vote for Change shows that tried to unseat President George W. Bush in 2004, and will.i.am of the Black Eyed Peas’ “Yes We Can” anthem that enlisted Herbie Hancock, Scarlett Johansson, and John Legend in boosting Barack Obama in 2008.

And when the DNC comes to Philadelphia on Monday, there will be plenty of big-name acts eager to be associated with Hillary Clinton’s race for the White House.

Most of the performances are not open to the public. Alicia Keys, a founder of the We Are Here social-justice organization, will play a Monday-evening invite-only party sponsored by Politico at Commerce Square on Market Street in Center City.

Pop-funk powerhouse Janelle Monae headlines House Democratic leader Nancy Pelosi’s opening-day party Monday and is rumored to be playing other events later in the week. Idina Menzel and Cyndi Lauper are doing a Women’s Tea afternoon event the next day.

And Fergie – Black Eyed Peas bandmate of will.i.am – will headline a Wednesday-night gala for the nonpartisan entertainment lobby the Creative Coalition.

Weed-loving rapper Snoop Dogg is at the Electric Factory on Thursday for a closing-night event sponsored by three super PACs. And the “Camden Rising” concert Thursday afternoon at the BB&T features Lady Gaga, Lenny Kravitz, and Jazzy Jeff.

It’s cohosted by South Jersey power broker George E. Norcross and is open to convention delegates and invitees, with the Clintons and Obamas on the guest list. If Hillary is still working on her speech, Bill can get down to Kravitz’s version of “American Woman.”

Never fear, you can get in somewhere without a laminated badge. The Truth to Powermultimedia art event presented by Rock the Vote at 990 Spring Garden St. is open to the public and will put on DJ and acoustic acts Monday through Wednesday, as well asMy Peoples, a talk show hosted by Rosario Dawson with artists and activists. Opening-night talent includes Philadelphia rapper Freeway, rising classic soul vocalist Andra Day, and DJs Active and Jabair. A closing party will be held on Wednesday at the Fillmore with said-to-be-bigger-name talent.

Although converging conventioneers and media will most likely be gone by Friday, there are events for those who still want more, like Philadelphia rapper and producer Lushlife’s Run DNC after-party Friday night at Johnny Brenda’s.

In comparison to the Democrats, the GOP confab in Cleveland was a low-wattage affair. But it attempted to use pop music to get its message across.

Trump, of course, has used rock-and-roll at his raucous rallies since kicking off his campaign for the Republican nomination more than a year ago. He has incurred the wrath of many musical acts that object to having their songs played, including the Shangri-Las (“Leader of the Pack”) and Neil Young (“Rockin’ in the Free World”).

Plenty of acts have complained about their music being used by candidates they don’t support. Prominent instances include Springsteen’s “Born in the U.S.A.,” evoked by Ronald Reagan in a speech in Hammonton, N.J., in 1984, and George W. Bush’s use of John Mellencamp’s “R.O.C.K in the U.S.A.”

Usually, when requested, the campaigns cease and desist. But Trump’s flouting of conventional campaign rules has extended to his use of music. As the Associated Press reported this year, in general, artists cannot legally stop candidates from playing a song if the political organization or the venue has paid a “blanket license” fee for use of the artist’s catalog.

So the Rolling Stones can’t stop Trump from playing “Start Me Up.” Nor could they keep him from inscrutably playing “You Can’t Always Get What You Want” when announcing that Indiana Gov. Mike Pence was his first choice as running mate.

Cleveland is the home of the Rock and Roll Hall of Fame, currently hosting a joint exhibit with the Newseum in Washington called “Louder Than Words: Rock, Power and Politics.” It has exhibits focused on Bob Dylan, John Lennon, and Pussy Riot.

Seeking some Ohio synergy, the GOP’s convention logo featured a red Republican elephant standing on the neck of a blue (Democratic?) guitar. And Trump promised a “showbiz” convention, even after second-tier attractions like guitarist Joe Walsh canceled a Cleveland gig upon realizing it was an RNC kickoff event.

Anyone keyed into gavel-to-gavel coverage noticed that Saturday Night Live’s G.E. Smith led the RNC house band, a skilled unit that had many wondering about their motives when they played a six-minute version of David Bowie’s cocaine-referencing “Station to Station.”

The media postmortem of Monday’s opening night at the RNC was all about Melania Trump’s plagiarism of Michelle Obama’s 2008 Democratic convention speech.

But the rock-and-roll moment on Monday came when the nominee made his entrance to Freddie Mercury roaring, “We are the Champions” with imagery that seemed borrowed from WWE wrestler Undertaker.

The outcry was immediate from both surviving members of Queen, who called it an “unauthorised use at the Republican convention against our wishes.” RNC spokesman Sean Spicer said the convention paid to license use of the song in the arena.

Queen fans, pointing out the irony of the conservative GOP rallying behind a song sung by a flamboyant, gay non-American art rocker who died of AIDS, were outraged. But Trump’s use of the song was canny.

Pop songs and their meanings aren’t controlled by their creators. Listeners decide what they mean. Springsteen may not have meant “Born in the U.S.A.” to be a flag-waver, but plenty of people heard it that way. “We Are the Champions” – along with its similarly stentorian 1977 B-side, “We Will Rock You,” – is a song for self-satisfied winners to sing at football stadiums.

And, as America has learned throughout this campaign season, no one likes to talk about what a winner he is more than the Republican nominee. Freddy Mercury may well have been rolling over in his grave, but when he wrote that line about “no time for losers,” he gave Donald Trump words to live by.