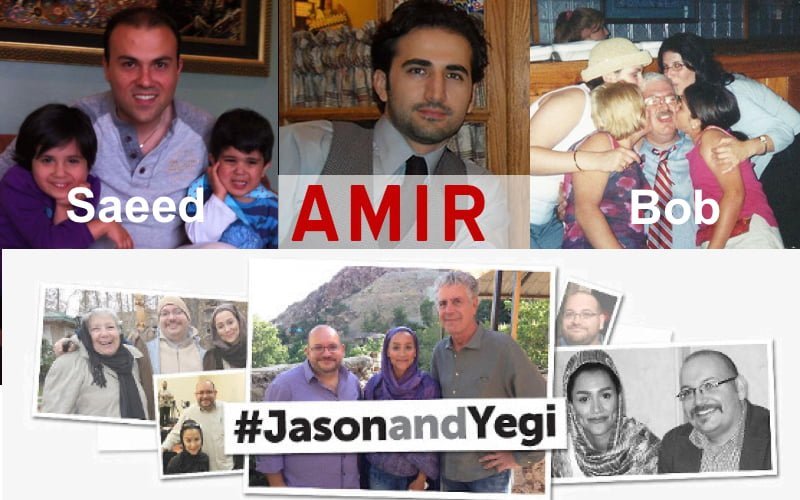 OCT 14, 2015 – 4 Americans continue to be held unjustly as political prisoners by Iran: Amir Hekmati, Jason Rezaian, Robert Levison, and Saeed Abidini are all still in Iranian prisons, with some being held longer than the 444 days the American hostages back in the 1980s were held for. JTMP has always covered many Freedom in Iran rallies here in DC, we sponsored the Freedom in Iran Mobile Billboard campaign, and JTMP continues to call for the release of these 4 Americans being held unjustly and illegally as political prisoners by the government of Iran. We call for President Obama to continue to pressure the Iranian government to release these Americans. Jason Rezaian was just “convicted” in an Iranian kangaroo court recently, so there is hope the Ayatollah will pardon him and he will be released. Read about the quest of Jason Rezaian’s brother Ali as he tries to free his brother on CNN.com here. To learn about all 4 of these Americans, check out this great article by Samantha Reinis on DailySignal.com here: