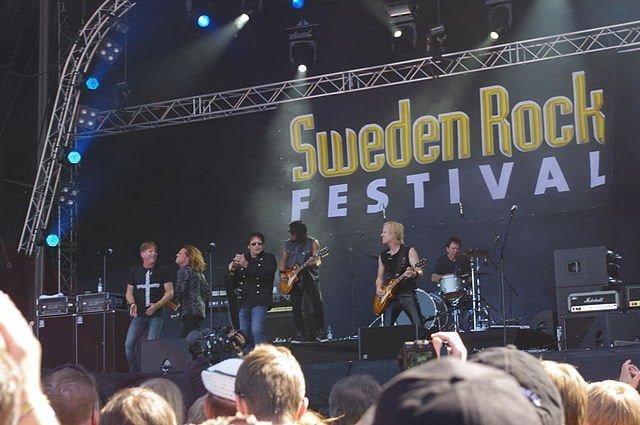 Group considering lawsuit to “protect the integrity of their music”

SEP 8, 2015 – As Kentucky county clerk Kim Davis emerged from her prison cell after being imprisoned for discriminating against gay couples and not following the law, she was greeted by hundreds of supporters and the song “Eye of the Tiger” by 1980s pop rock band Survivor, made famous by being in Rocky III. When frontman Frankie Sullivan and the band found out they were outraged, apparently they do not want their music associated with discrimination against same-sex couples and they support marriage equality strongly. TMZ reports that the band is even considering a lawsuit and other means because the band said they are “determined to protect the integrity of their music.” Watch “Eye of the Tiger” below, and read more on TMZ.com here: http://www.tmz.com/2015/09/08/kim-davis-eye-of-the-tiger-survivor-mike-huckabee-rally/  (photo credit: Staffan Vilcans/CC)