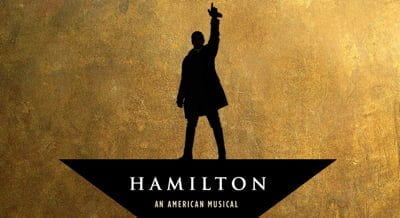 July 31, 2015 – A new Hip-Hop musical about founding father Alexander Hamilton titled “Hamilton: An American Musical” is taking New York and the world by storm, selling millions of pre-tickets and even drawing President Obama as a fan. The musical is based on the 2005 biography by Ron Chernow, “Alexander Hamilton“, of the contentious founding father who founded the national bank, got into frequent clashes with the other founding fathers, and was killed by US VP Aaron Burr in a duel with pistols.

Read more about Hamilton’s amazing rise from an orphan in the British West Indies to one of the founding fathers of America on his Wiki Bio here. The show’s creator, Lin Manuel Miranda says that Hamilton’s life, being an orphan, an immigrant, being very verbal, and the fact that Hamilton “caught beef” with other founding fathers “embodies Hip-Hop” and inspired him to create the musical. Watch a YouTube clip from CBS Sunday Morning about this unique musical blending Hip-Hop and politics, and links to the musical’s website and an article on Billboard.com about it are below.  (picture credit: John Trumball/CC)

Billboard.com Article on Show with Interview