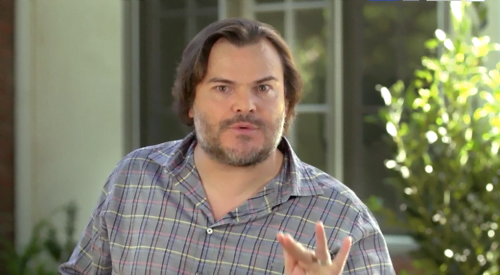 July 29, 2015 – Tackling a tough issue with brevity and comedy, celebrities like activist-musician Jack Black and actor Morgan Freeman have gotten together and made a great video for Global Zero Project in support of the Iran nuclear deal currently being voted on by the US Congress. In the video are also people who are knowledgeable on the subject, like US Admiral Thomas Pickering, who explains that the fear should not be a mushroom cloud so much, but more likely no Iran nuclear deal would likely cause a nuclear arms race in the Middle East, not what that region that is in constant conflict needs. Watch the Global Zero Project video below.

Ridding the world of ALL nuclear weapons is a huge issue with JTMP, and we urge Americans to contact their US Congress member and urge them to pass the Iran nuclear deal. Find out how HERE. Back in 2010, JTMP and Op-Critical, with support from the Ploughshares Fund, put out our best activist-music video ever “Countdown” in conjunction with the release of the film “Countdown to Zero” and helping screen the film in DC. Watch our “Countdown” video below.