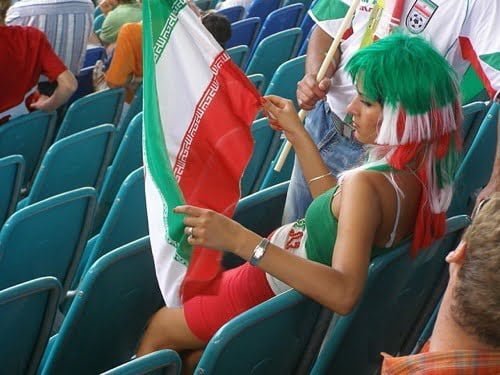 Discrimination Against Women Against FIFA Rules

July 4, 2015 – JTMP has joined the calls for FIFA to address Iran’s ban on women attending football (soccer) games as the spotlight is on the Woman’s World Cup final on Sunday. The discrimination against women by Iranian authorities is totally against FIFA’s rules and policies, yet they continue to turn a blind eye. FIFA needs to use their position to end this injustice in Iran. In addition, FIFA needs to treat men and women football players equally, and give the women players real grass to play on also.

Nasrin Sotoudeh, Nazanin Afshin-Jam MacKay and Gissou Nia for The Guardian’s Tehran Bureau wrote an Op Ed on TheGuardian.com addressing this issue saying, “Instead of expelling the Islamic republic of Iran football federation from Fifa – which would crush the spirit of tens of millions of Iranians – similar anti-gender discrimination rules, regulations, programs and publicity campaigns could provide Fifa and the global community of football fans with more effective tools to enforce and promote Fifa policies and bring an end to discrimination against women in the world of football. Such strong actions are necessary if Fifa is to remain faithful to its statutes and guiding principles, including its commitment to promote football as a unifying force.”  (photo credits: geisagholian & amirreza/CC)