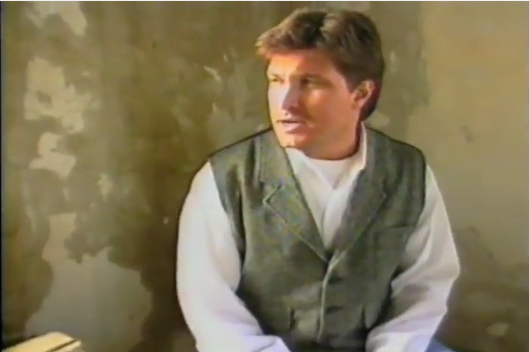 Ty Herndon and Billy Gilman Come Out of Closet

NOV 23, 2014 – Two more country stars have “come out of the closet” as they would say and have announced to the world “they are gay”. Ty Herndon (pictured above) made the revelation to his fans and the country music world in a People Magazine interview, and then Billy Gilman (pictured below) felt inspired a made personal YouTube Video message directly to his fans. Both musicians are of course nervous about what the reaction and backlash will be, and Ty Herndon has a Grand Ole Opry appearance at the Ryman Auditorium on Nov. 24th. I recently visited Nashville, and they are a nice bunch of folks. And although some people might not clap or walk out on him, and most record labels won’t sign him, I believe the country music world and his fans will mostly stand by him and Billy Gilman and accept them as God made them. Charlie Daniels will also be appearing that night at the Grand Ole Opry, so I expect him to probably give Ty the cold shoulder…but fuck him. Country Music will have to move on with the world and accept equality, like the rest of us already have.