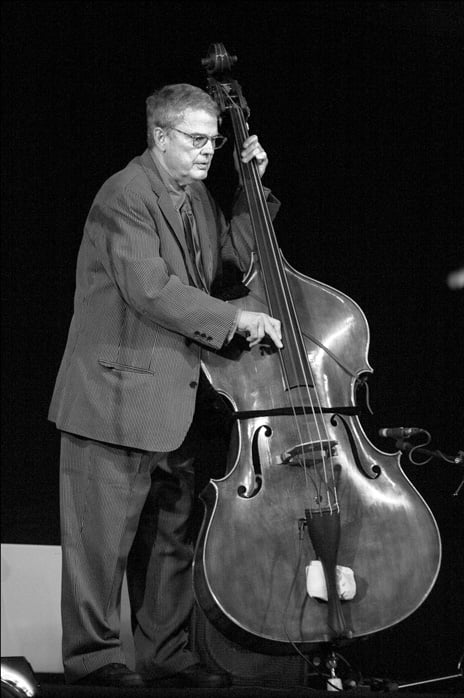 PORTUGUESE POLICE SAY: “YOU SHOULD NOT MIX POLITICS WITH MUSIC”!

JULY 14, 2014 – The music world lost an iconic jazz bass player last week, Charlie Haden. Charlie was a jazz double bass player who played with saxophonist Ornette Coleman and pianist Keith Jarrett throughout his life, among others. Charlie actually grew up on Bluegrass and “Old Timey” music, and returned to his roots back in 2008 with Vince Gill and other artists on the album, “Charlie Haden Family & Friends: Rambling Boy”. Read about it and hear a few tracks on NPR.org here. 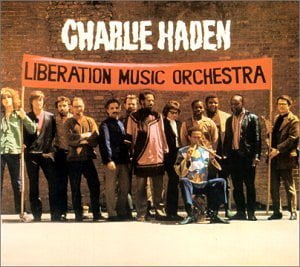 Charlie Haden was inspired to become an activist-musician during the 1968 Democratic National Convention, when cops were beating up kids and the Democratic Party was fractured over the Vietnam War issue. Charlie was vehemently against the Vietnam War so he created the Liberation Music Orchestra . Charlie was not afraid at all of mixing politics and music and was very active. In the liner notes of the Liberation Music Orchestra album Charlie talks about the rift in the Democratic Party at the National Convention over the issue of the Vietnam War writing, “After the minority plank on Vietnam was defeated in a vote taken on the convention floor, the California and New York delegations spontaneously began to sing ‘We Shall Overcome’ in protest. Unable to gain control of the floor, the rostrum instructed the convention orchestra to drown out the singing. ‘You’re a Grand Old Flag’ and ‘Happy Days Are Here Again’ could then be heard trying to stifle ‘We Shall Overcome’. To me this told the story, in music, of what was happening in our country politically.” Charlie was also jailed for mixing politics and music. In 1971 while playing in Portugal, who had a colony in Africa at the time, he dedicated a song to the anti-colonialist movement and the crowd went wild. Later the Portuguese secret police arrested, jailed and interrogated him for hours telling him, “Mr. Haden, you shouldn’t mix politics with music!” We here at JTMP and Charlie Haden totally disagree. Watch a YouTube video below of Charlie describing the event.  (photo credits: Geert Vanderpoele/Impulse Records)