Elton John to Sky News: “Jesus Would Back Gay Marriage” 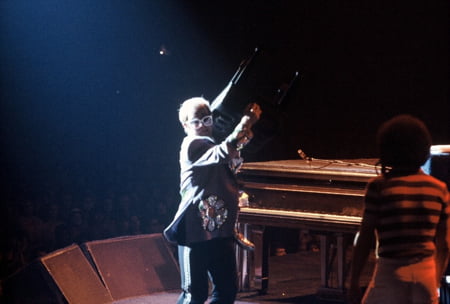 MUSICIAN OPENS UP ABOUT HIS CHARITY WORK, EQUALITY AND LGBT RIGHTS

JULY 3, 2014 – World famous musician Elton John, who some people say there is one of his songs playing somewhere in the world at any given time, opened up to Sky News about his charity work and activism, and also spoke in depth about LGBT rights in the UK and elsewhere. He praised Pope Francis, and commented that the Church of England needs to look to the Pope and the Catholic Church for reformation in a similar fashion. He told Sky News, “If Jesus was alive today, I can’t imagine he, as a Christian person, as the great person he was, would say ‘This could not happen’. He was all about love and compassion, forgiveness and trying to bring people together; and that is what the church should be about.” When asked about when he and his partner David will marry, he explained that they already have a civil union and they have to wait till next year to wed. Watch the entire Sky News interview here, or click Play below.