JUNE 16, 20154 – With the situation in Iraq descending into total chaos and violence breaking out across Iraq instead of democracy, it seems that Natalie Maines was right after all. President George W. Bush was an idiot to go into Iraq. It was a total mistake of huge proportions. The millions of people that protested the Iraq invasion in April of 2003 were also right after all, and are now vindicated. Natalie even Tweeted last month (see pic above) as the chaos erupted as if to say. “Fuck you conservative world that destroyed Dixie Chicks CDs, I was right!” and rub their nose in it.  After the way these reactionaries reacted with hate and vitriol and messed with her musical career, they deserve every bit of it.

Over $4 TRILLION dollars wasted. Over 4,000 US soldiers dead, and tens of thousands maimed and wounded physically and mentally. Thousands of Blackwater/Xi mercenaries dead (US withholds that information to hold down body count so we don’t know the exact number). 500,000+ Iraqi  men, women and children civilians dead, and millions injured. Millions of dollars wasted in “projects” from electric power stations to oil refineries that are now in disrepair and taken over by militant thugs.  Just think if we had used all those men and all that money to rebuild OUR power stations, bridges, schools, food system, telecommunications infrastructure, housing, storm preparedness, housing for the poor and other things at home? Instead we flushed ALL those men, and all that money and resources down the toilet in a fool hardy venture that millions of us, and Natalie Maines, were saying in 2003: “Don’t do it.” 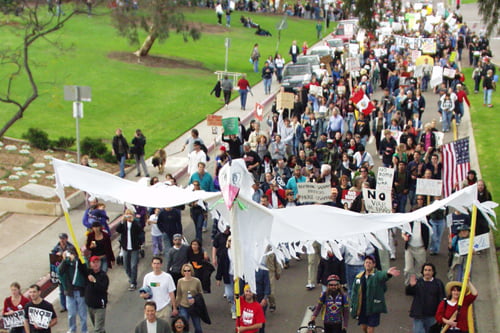