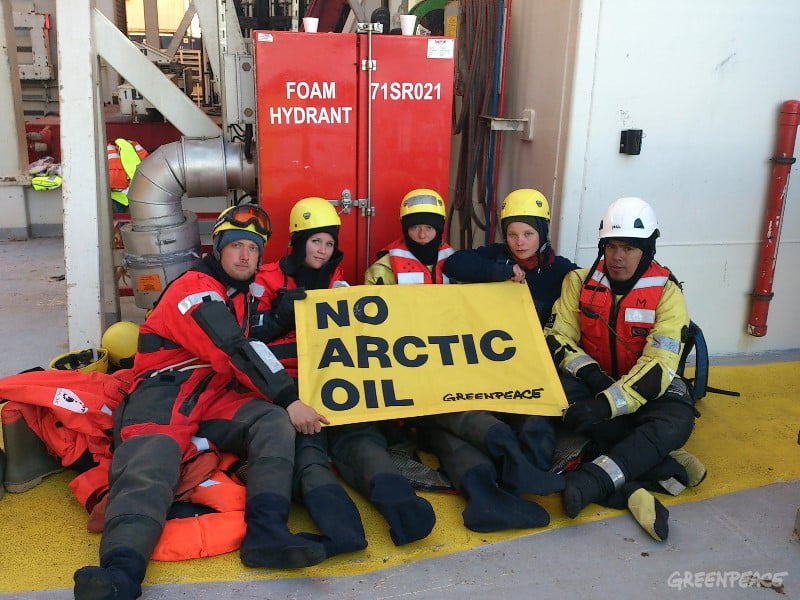 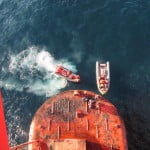 MAY 28, 2014 – 15 dedicated Greenpeace Norway activists stormed (see pic left) and have occupied the Statoil oil rig Transocean Spitsbergen for the past 30 hours (5 were flown to shore by helicopter later) calling for the Norwegian Ministry of Environment to stop Statoil’s drilling project. Greenpeace activists and millions around the world know that by drilling this close to the Arctic ice edge and the Bear Island nature reserve, the environmental damage that would inevitably result would not only harm the wildlife but would also contribute to climate change, and the Ministry of Environment MUST hear their complaint and decide whether Statoil can drill in the proposed Hoop Field. One of the 10 hardy and dedicated activists, Elmer Vestidas, all the way from the Philippines said, “”I’ve spent a pretty cold night out here on this rig, but we Filipinos are tough. I’m here because Statoil’s risky project isn’t just a threat to Bear Island and the amazing wildlife we saw there. Typhoon Haiyan was one of the worst things that ever happened to my country, and unless we speed up the switch to clean technology these disasters will happen again and again.”  (Photo credits: Greenpeace.org – Transocean)

Check out Statoil’s pics of the activists storming, rappelling and occupying the oil rig here.