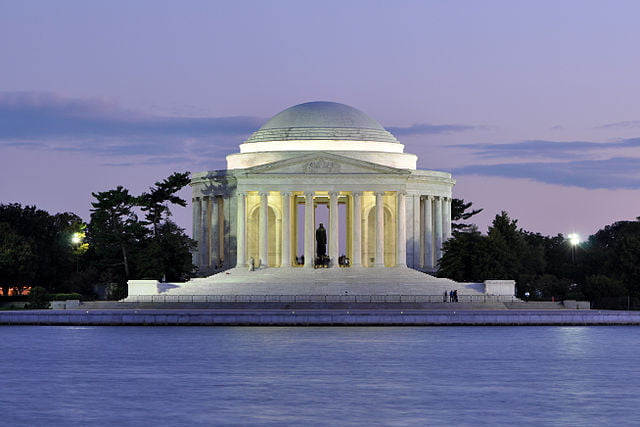 MAY 24, 2014 – A new report by the Union of Concerned Scientists predicts that the rise in sea levels, worsening floods and wildfires are putting US historical landmarks at risk. They point out many of the first Europeans to land in America did so very close to shore, and most all of those sites such as Jamestown will be underwater and destroyed in the coming decades. Many other monuments, such as the Harriett Tubman Underground Railroad National Monument, will be slightly submerged under the rising sea levels. I guess you will need a gondola like Venice to visit it in 50 years.

Florida will be hit particularly hard by climate change and the rising sea levels, with Castillo de San Marcos in St. Augustine is extremely vulnerable right now and without major engineering feats, it will be permanently inundated with 3 feet of water. Maybe US Senator Marc Rubio can help Floridians out with that….nah. The Union of Concerned Scientists call for cutting our carbon emissions output. Angela Anderson, director of the Climate Energy Program at UCS said, “Cutting carbon emissions significantly and quickly can slow the pace of sea level rise, limit the temperature increases, and slow the expansion of the wildfire seasons.” UCS calls for President Obama to create a Climate Resilience Fund to make our communities more resilient to climate change, and we agree. Angela added, “The fund could also be used to help protect and preserve the nation’s most iconic and historical landmarks and irreplaceable archaeological treasures that are bing destroyed by sea level rise, wildfire and flooding.”

Read more on the Union of Concerned Scientists website here.