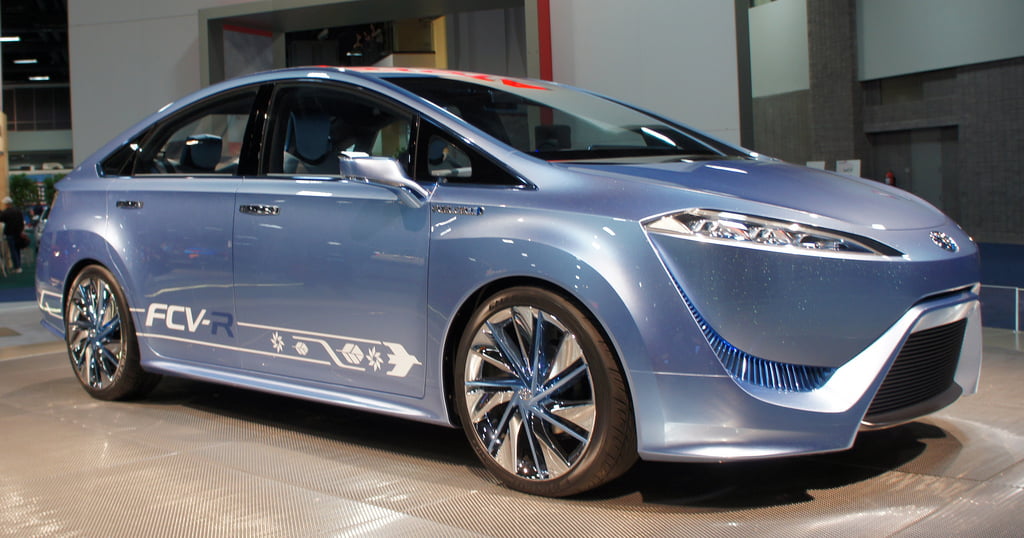 MAY 29, 2014 – One of the main complaints from the sustainable community about  hydrogen fuel-cell vehicles is that they are very expensive, as much as a Ferrari in some cases, and most of us want to go the electric-cell car route. Most saw hydrogen fuel-cell technology as 50 years away and it was like the rabbit at the greyhound track; it makes it look like the car companies are “being green” without ever actually catching the rabbit. Well Toyota has put a hydrogen fuel-cell passionate engineer in charge of their FCV program, Jackie Birdsall, and she is “obsessed” with developing hydrogen fuel-cell vehicles for the masses, and making it affordable. Toyota is committed to being on the forefront of this technology, and their H2 sedan concept car was unveiled (see pic above) at the Las Vegas Consumer Electronics Show in January, and is due to roll off the lines in 2015. It is supposedly “reasonably priced”, has a range of 300 miles, and refuels in 5 minutes. The spokesperson at the CES said they have upped power output to over 100kW, and it can carry enough energy to power a house and will soon have an export power device. Sounds like one will soon be able to plug in electronic devices in the car like you would use a electrical outlet in your house, amazing. 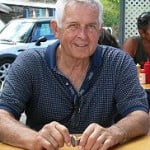 Toyota Technical Center engineer Jackie Birdsall told GreenAutoBlog.com that she grew up greatly admiring the father of fuel-cell technology, Dr. Geoffrey Ballard (pictured left) and became “obsessed” with hydrogen fuel-cell technology back in 2003. She added that she is a “new nerd” who “uses her passion and encyclopedic knowledge to help solve a problem that needs solving.” We wish Jackie the best of luck and look forward to the first mass-produced, affordable hydrogen fuel-cell vehicle rolling off the assembly line. Read about Jackie on Green.AutoBlog.com here, and check out cool photos of a REAL H2 here.   (photo credits: mariordo59/Flickr/CC & Bradley Jones/CC)